Can’t afford new computers? But can you really afford to keep the old ones?

The True Cost of Old Computers In Your Office 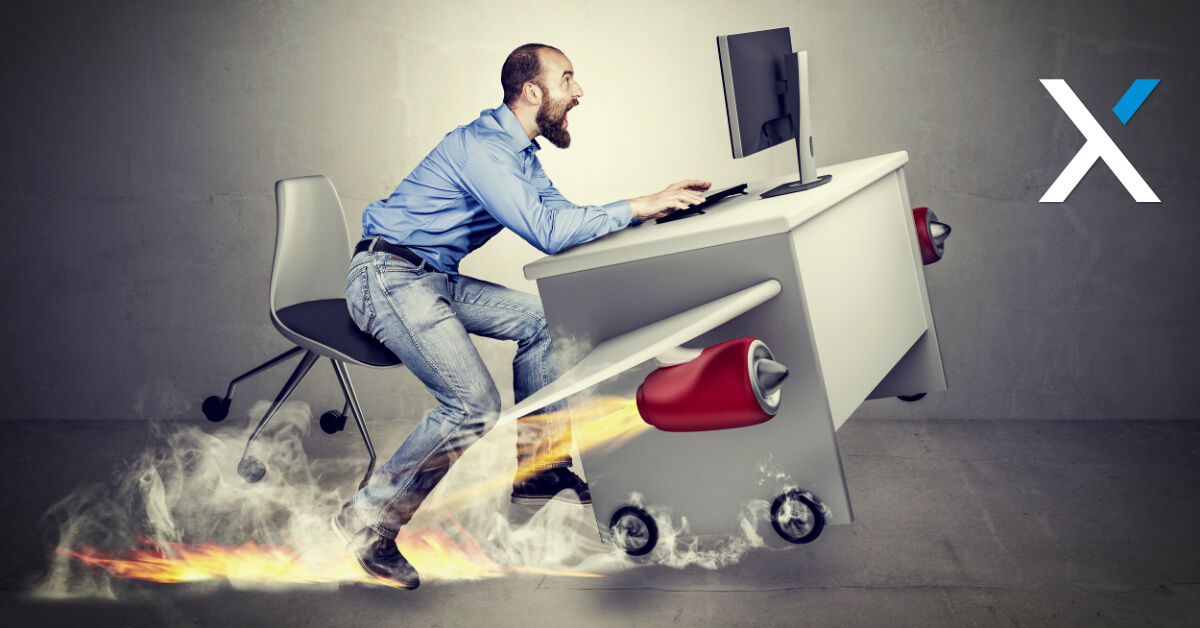 Let’s be real: keeping the computer hardware for your entire staff up to date is a pain. It’s expensive and usually time-consuming, and even when the hardware swaps go well, there’s always a little bit of lost productivity as users wait for the new device to be installed and then take the time to configure settings like they’re used to.

Still, the pain of regularly upgrading your staff’s PCs is nothing compared to the true costs of not keeping hardware updated. This doesn’t always feel true because many of the costs of hanging onto old computers in your office are hidden costs, or things that you can’t quite put a dollar sign next to.

We don’t believe in pressuring clients into hardware upgrades. Instead, we want our clients to know exactly when and why they need to upgrade. So, with that in mind, let’s explore the true costs of keeping older machines around in your office — including the costs you may not see right away and those that won’t show up on a balance sheet.

To understand the actual costs you’re risking by keeping old hardware around, we need to talk about three main areas.

First is the human cost, or the hit to morale. As PCs age, they slow down— some of this is due to the aging of the physical components, while most of it is due to the pace of technological advancement.

Newer software and systems expect more out of the computer’s processing capabilities because newer computers have more of it. Using current software on older hardware creates a mismatch between expectations and reality; in other words, a slow computer.

If you’ve ever been stuck with a computer that just couldn’t keep up or that regularly crashed, you know the effect this can have on morale. An employee sitting there first thing in the morning for five, maybe even 10 minutes just waiting for the PC to boot up has roughly the same amount of time to sit and think. And often those thoughts drift quickly to things like “This company can’t even give me the tools I need to do my job effectively” — or worse.

Related to the effect on morale is a negative effect on productivity. If an employee is staring at a boot or load screen or watching a spinning circle, that employee is not doing productive work. In many roles, all available productive work lies within whatever software isn’t loading fast enough, or otherwise relies on the slow computer.

Instead of being productive, employees are stuck waiting. You can almost feel the morale draining from their bodies as they do.

Older hardware presents significant security concerns that disappear entirely when that older hardware is removed from the equation.

One of the most serious is a lack of updates. Security researchers and bad guys alike are constantly discovering new flaws and vulnerabilities in software, operating systems (like Windows and macOS), and even hardware. Usually these vulnerabilities get fixed (or patched) quickly — which is why it’s so important to keep your software and OS up to date, but that’s a separate blog post.

The problem comes when a particular piece of hardware is no longer supported. Think of your smartphone: an older iPhone eventually isn’t capable of updating to the latest version of iOS. The same thing happens with Android and with desktop OSes.

Once your hardware reaches a point where it’s no longer receiving updates, it’s left unprotected from any new vulnerabilities that are discovered.

Sometimes you’ll have a PC performing a specialized task that relies on legacy software, and that software only runs on an older OS, like Windows 7 (or, gulp, Windows XP). The only problem? Microsoft stopped actively supporting those older operating systems years ago. When new vulnerabilities are discovered, no one’s doing anything to patch them.

Last, older PCs create hidden maintenance and repair costs for your organization. One white paper estimates the “stealth costs” of maintenance and required upgrades land at $561 per PC once those PCs are four years old or older.

Keep in mind as well that all of these problems circle back on each other: when that older PC needs maintenance, the employee using it isn’t fully productive — and likely isn’t happy.

Not only do old computers create hidden and not-so-hidden costs, but keeping your team’s machines current creates a direct return on investment. Here’s how.

First, it’s not rocket science to say that new computers run faster than old ones. When your team members can do any and every business task without sitting and waiting for their computers to catch up, they can accomplish more. So new computers deliver a productivity boost that in turn should increase revenue.

Second, new hardware gets the best support from OS makers like Microsoft. You’ll always be able to run the latest version and take advantage of the new and updated features it contains.

Third, you’ll see a drop in service tickets because new hardware is much more reliable than old computers. You’ll save time and resources on your service desk costs, plus you’ll avoid the associated downtime and loss of productivity that come with unreliable hardware.

When it’s time to replace those old machines, you’ll need to determine how you want to do so. There are two main methods: purchasing and provisioning machines yourself, or doing so through an IT service provider.

When you work with your service provider for this, you’ll gain an expert guide who can advise on what specific hardware makes sense for your business functions. Your IT service provider will handle purchasing, installation, initial setup or provisioning, and even haul-away or recycling.

When you do this work yourself, all those decisions fall to you or your IT team. You’re forced to spend time and energy researching various vendors and specifications, and you’re responsible for the transition from old to new hardware.

There’s a lot that can go wrong in that process if you don’t have the right experience and processes in place. This is why we highly recommend you work with an IT service provider like us for your next IT refresh.

Questions? Ready to start the upgrade process? Schedule a time that works for you on our live calendar.