5 items to review before you buy a new computer

know a good (and bad) deal when you see one 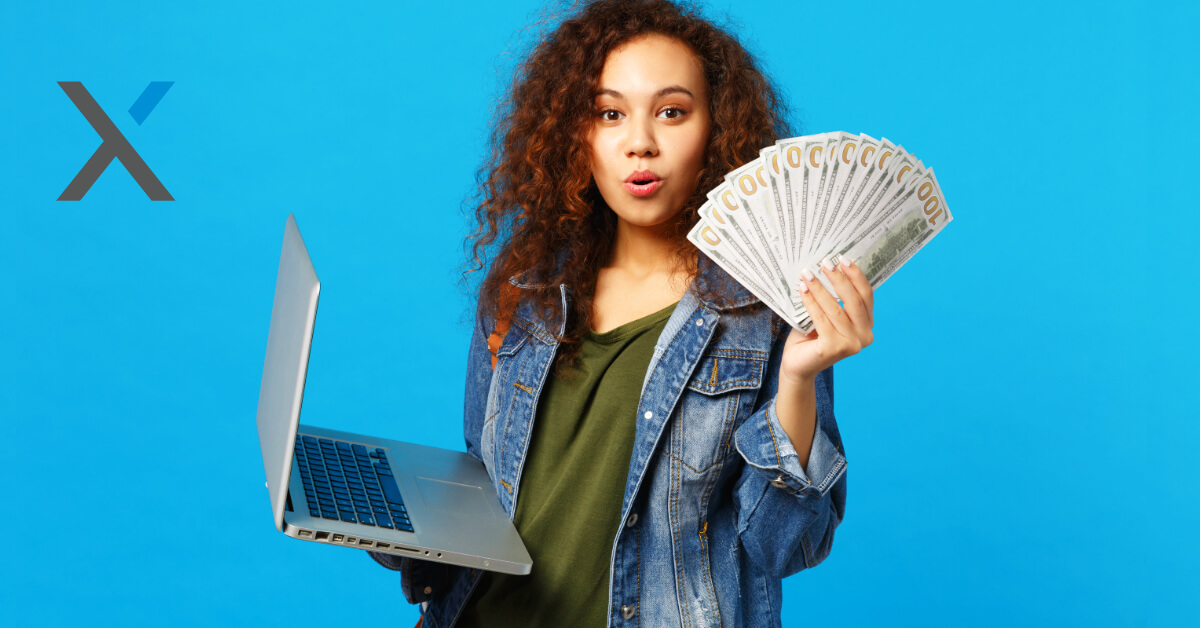 Holidays are fast approaching, and Black Friday sales are just around the corner.  That means some good deals on computers will soon be in every ad and there is probably no better time to buy.  For your business, it could be a good time to save some money on upgrades you know you need to do.

Except you need to make sure that when you buy a computer you buy the right one.  Getting a great price quickly makes you lose money if you make a bad purchase. What makes a PC purchase bad? When it doesn’t work for your intended usage.

There are a lot of factors to consider when purchasing a new computer, be it a workstation or a laptop. We’ve broken the essentials down into 5 topics.

Here are the 5 items to review before you buy a new computer.

First and foremost, you need to consider business usability.  Not all computers are built equal, and not all are meant to be used in a business environment.

The biggest culprit in a PC not being business-friendly is the Operating System (OS). Windows 11 (the current Windows OS) is available in a Home and Pro versions. Thankfully, that’s all there is. In past iterations there were far more than that – Windows 7 had 7 versions, and Windows 10 had 8 versions.  You can see how confusing that can get just by the sheer number of variables.

What’s the difference between Home and Pro?  Home is intended to be used as a standalone device, the way somebody might use it as their personal computer at home.  Pro is intended for businesses and offers additional security features and networking abilities. Does your company log in using a domain? This is where you need to enter your username and password to access the network? Windows Home can’t do that, you need Windows Pro.

If you accidentally buy a PC that only has Windows Home, you’ll have to fork out an additional $140 for the Pro version.  That’s a big ding to your “deal” price.

We all check reviews, but what are you checking for? Reviews are a great way to weed out bad brands and look for any recurring complaints from a common issue.

When buying a PC for work though, you want to make sure you are looking at the quality of the device. Quality will show itself in a few ways.  Those immediate reviews are almost worthless. People are still in the honeymoon stage with their new and shiny device, and there hasn’t been enough time to have anything really go wrong.  Look for the ones that were written after the person owned the PC for a while. I know, there are fewer of those, but also look for ones where people say they had a prior model for 5 years and it was great so now they’ve upgraded with this one.  That longevity is a sure sign of a well-built machine.

For laptops specifically, look at what the case is made of. Plastic is nice because it’s light, but it tends to break easily. Laptops are portable, so they get banged around more than we’d like to admit.  You don’t want the case cracking on you. Specifically, look at the corners and hinges.  The corners take the most abuse, and the hinges are the most frequently used item on the laptop since they are opened and closed frequently. I’ve seen really nice metal hinges connecting to the body of the laptop with thin and cheap plastic brackets. You want to avoid situations like those.

CPU (Central Processing Unit) is the brain of the computer and probably one of the first things you expected me to mention. It’s third because those other factors take precedence to make sure your new PC isn’t just a paperweight.  It’s also because processors are not as important as they use to be.

Now calm down everyone! The CPU is still very important, and is my first item on the hardware list, but what I am saying is that processors have improved quite a lot over the last decade that for most workstation tasks it really doesn’t matter. True, if you are a power user or have specific needs (like editing photos or video) then you need to make sure you get a high-quality processor. For the average business user though, an Intel Core i5 and i7 are essentially the same.  Likewise, AMD vs Intel brands are too similar in most cases.

Here’s the thing though, you need to know what software you will be using to make the best decision.  Certain applications make use of additional cores and threads. Others don’t and might not support those hardware features and either become unstable or just not use the hardware as intended (so you could have saved money on a lesser processor).

How much memory does the PC have? RAM (Random Access Memory) is measured in gigabytes (GB) and is the memory used while processing tasks as a working storage of data until it is done. Second to the CPU, you’ll need adequate memory to handle all the tasks you plan on using the computer for.

This is why a good rule of thumb is to err on the side of caution. Having too much Memory and not using it is not going to impact you. While not having enough memory is going to impact you greatly. Again, it will depend on what applications you use. 8GB might be fine for simple internet and email use, but I think 16GB is really a minimum standard these days.  Windows 11 uses 4GB of RAM in and of itself, so having an abundance of memory is going to help you more than hurt you.

Regarding laptops, make sure to check for expandability. Historically laptops used sticks of RAM (called DIMMs) and you could always buy more or higher capacity later. Today there is a trend to have some or all of those memory chips physically soldered on the motherboard (it’s cheaper for production that way).  In that case you cannot swap them, or if there is an expansion slot it limits how much you can upgrade. This could be a deal breaker item, but if it’s not then it is good information to know.

The last item to consider is the storage device. Your drive is where all your data is stored when not in use. You’re probably very aware of this item if you’ve ever run out of space on your PC before.

Size does matter! At least most of the time it does. You’ll want to make sure your storage drive is of sufficient capacity, measured in GB (gigabyte) or TB (terabyte).  A terabyte is 1024 gigabytes, so when comparing sizes you might see a mix of measurements.  For instance, 500 GB is a common size. 1TB is also a common size and is essentially twice the size of the 500 GB (rounded).  While deciding how much storage you need, think about what you store.  Documents aren’t very large. Photos and videos are.

More important than the amount of storage you have, the type of storage will be a major factor. There are 3 types of storage used.

Hard Disk Drives (HDD) are the oldest technology and are comprised of spinning disks (like a record player) to store the data on. They will allow the highest capacity for storage, and you might even see disks of large sizes such as 14TB. They are the most cost-effective way to store data. They are also the slowest and more prone to breaking down since they have moving parts.

Solid State Drives (SSD) have been around for a while now, and are comprised of microchips on a board managed by a controller. They have no moving parts so are less prone to breaking down compared to hard drives (though they still can). They have a greater read and write speed, which will help in processing almost everything on your computer, including boot up.  They are more expensive than hard drives though, so usually you’ll see PC manufacturers save costs on these by providing a smaller capacity than the hard drive equivalent.

The third type is called NVMe. Technically speaking, it isn’t really its own type. It’s still an SSD. However, it uses a different interface. The common interface between a drive and the motherboard is called SATA (Serial AT Attachment).  Both the hard drive and solid disk drive discussed use SATA.  NVMe is a different way of interfacing the drive, which provides a significant increase in speed.

How much faster? Generally speaking, it can be 7x or 15x faster than a standard SATA SSD. SATA SSD is already over 3x faster than a comparable hard drive. These are general “published” comparisons, which you need to take with a grain of salt. Like the stated mpg of a car, your real-world experience might vary.  Though one thing is clear, if speed is your requirement, then you want to look at an NVMe drive.

Those are the 5 items to review before you buy a new computer. Always make sure the PC is rated for business (not home) use, check reviews for the longevity of the model, review what applications you want to use to pick the appropriate CPU, make sure you have enough memory (or that it is expandable), and make sure you have the drive that suits your needs (be it large storage or fast speed).

If a deal pops up and you aren’t sure, skip it. It’s far cheaper to buy the right PC with no deal than it is to make the wrong PC work for your business.  Better yet, before you spend any money on any new hardware get in touch with us to review your needs. Don’t think we are trying to sell you anything, you can buy from anywhere (and a little secret, we don’t really make anything on hardware sales). We just want to make sure you get the right tech for your business.

If you’d like some free advice, go ahead and schedule a 15-min meeting on our live calendar.